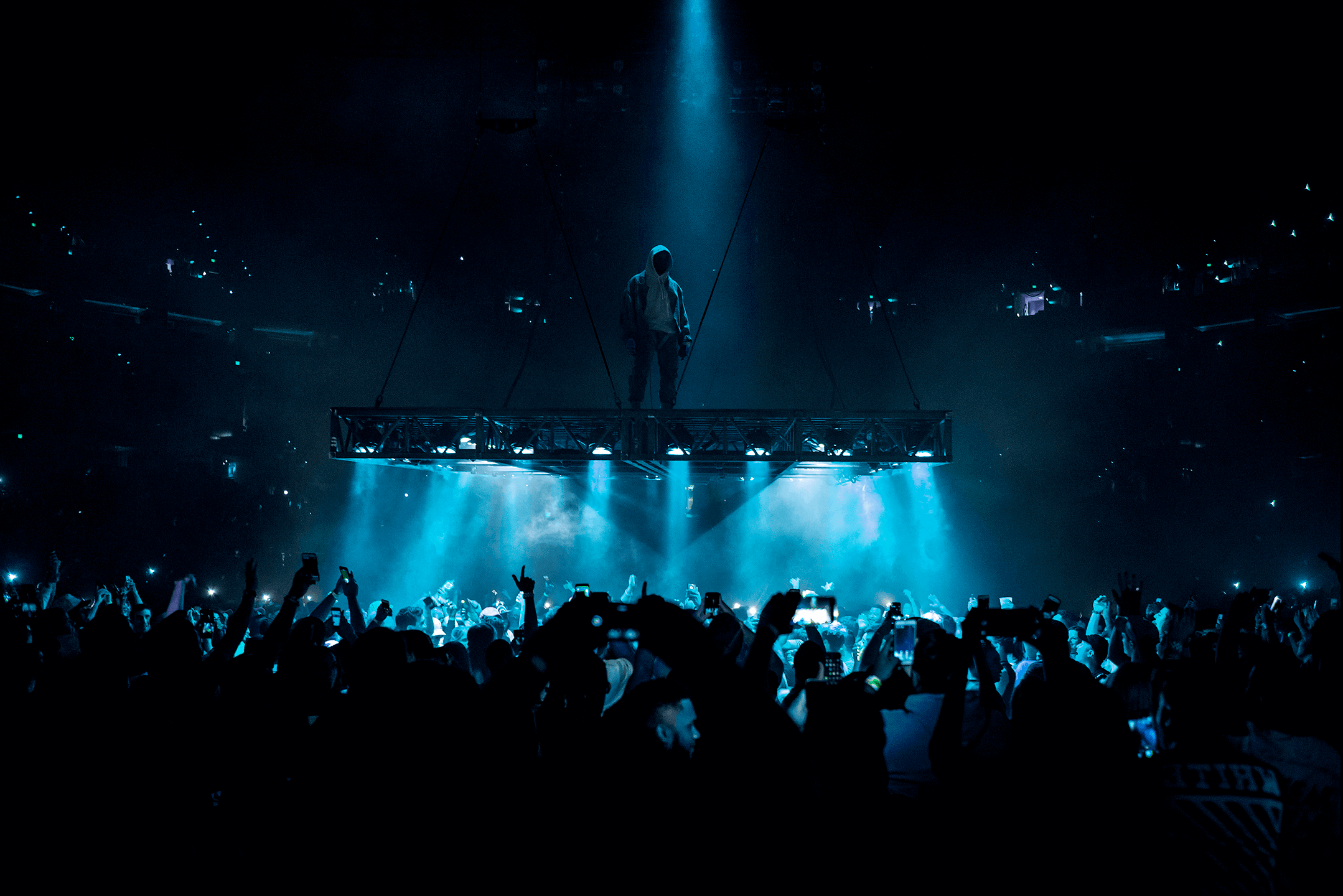 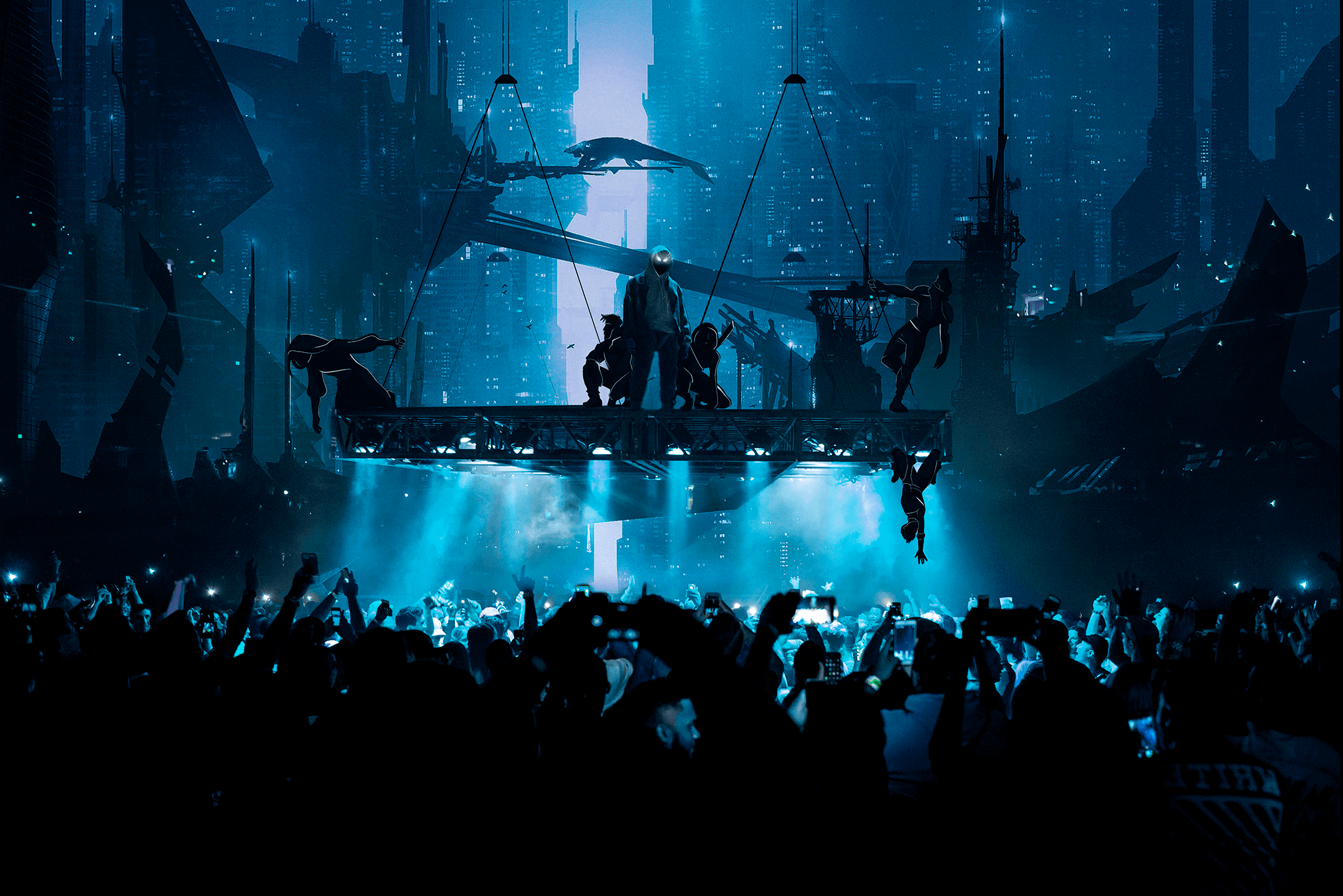 We are offering a new form
of entertainment

Leveraging cutting edge technology to deliver
spatially positioned sound and visuals - we will
take the audience on a mind bending journey.

Mindfuck is an experience unlike
any other that will revolutionize how music
is experienced in the 21st century.

We combine live performance with a gripping
story and user interaction to engage the
world audience on unprecedented scale. 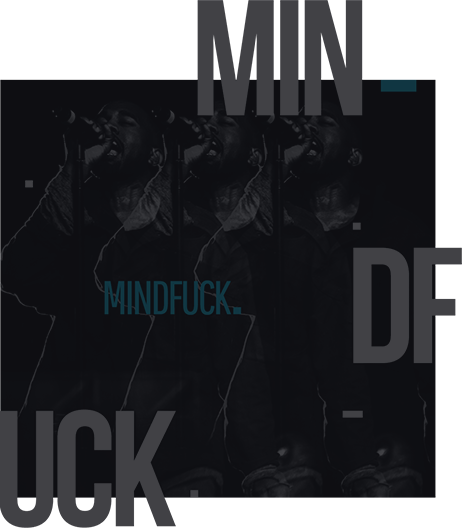 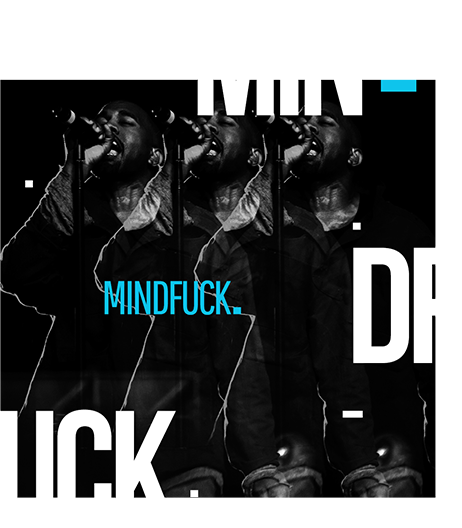 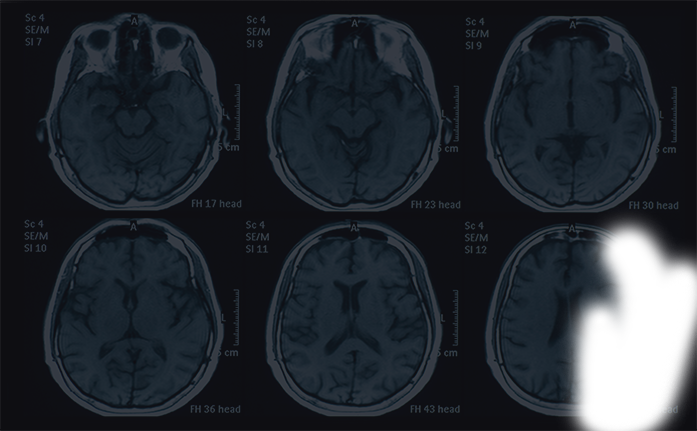 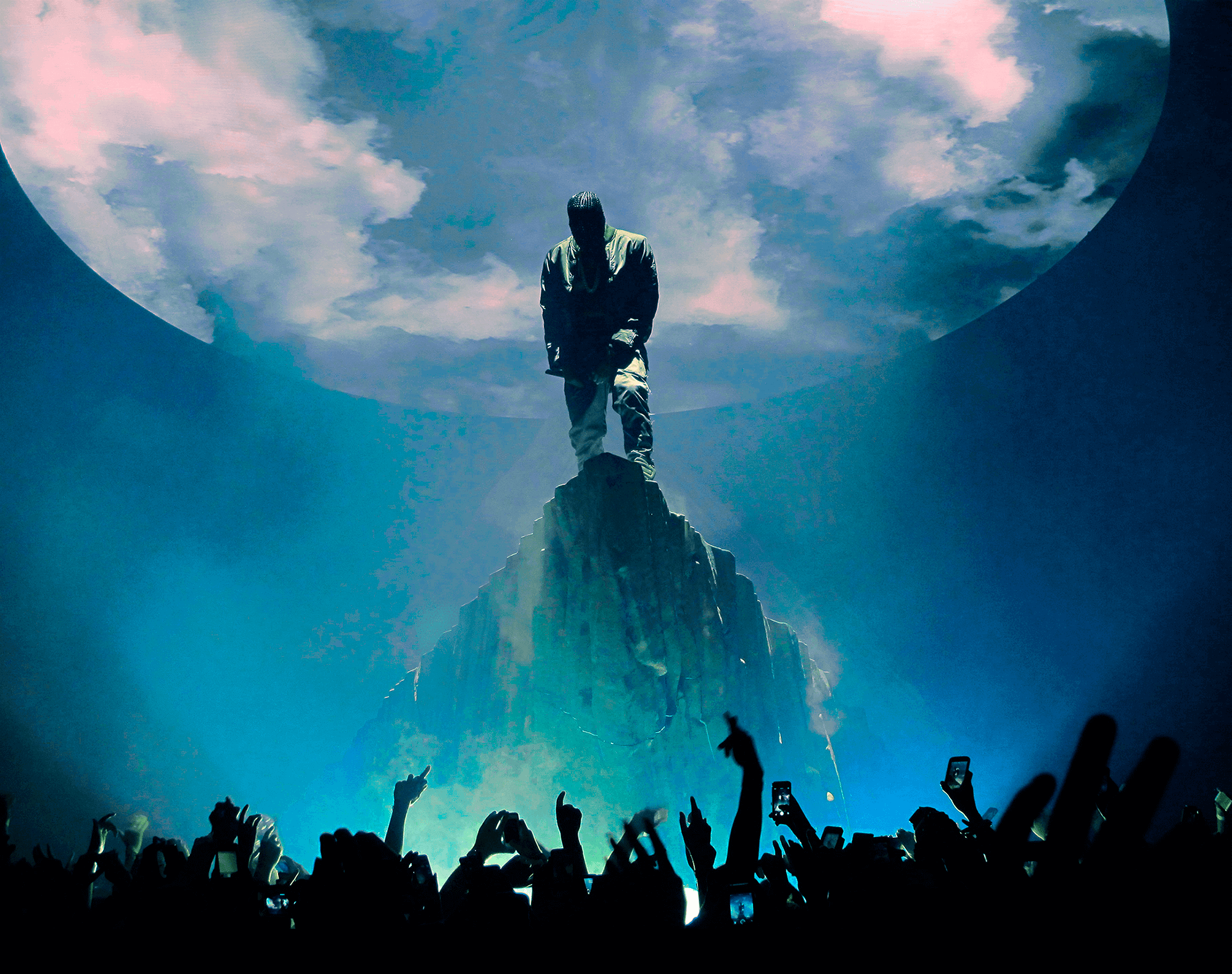 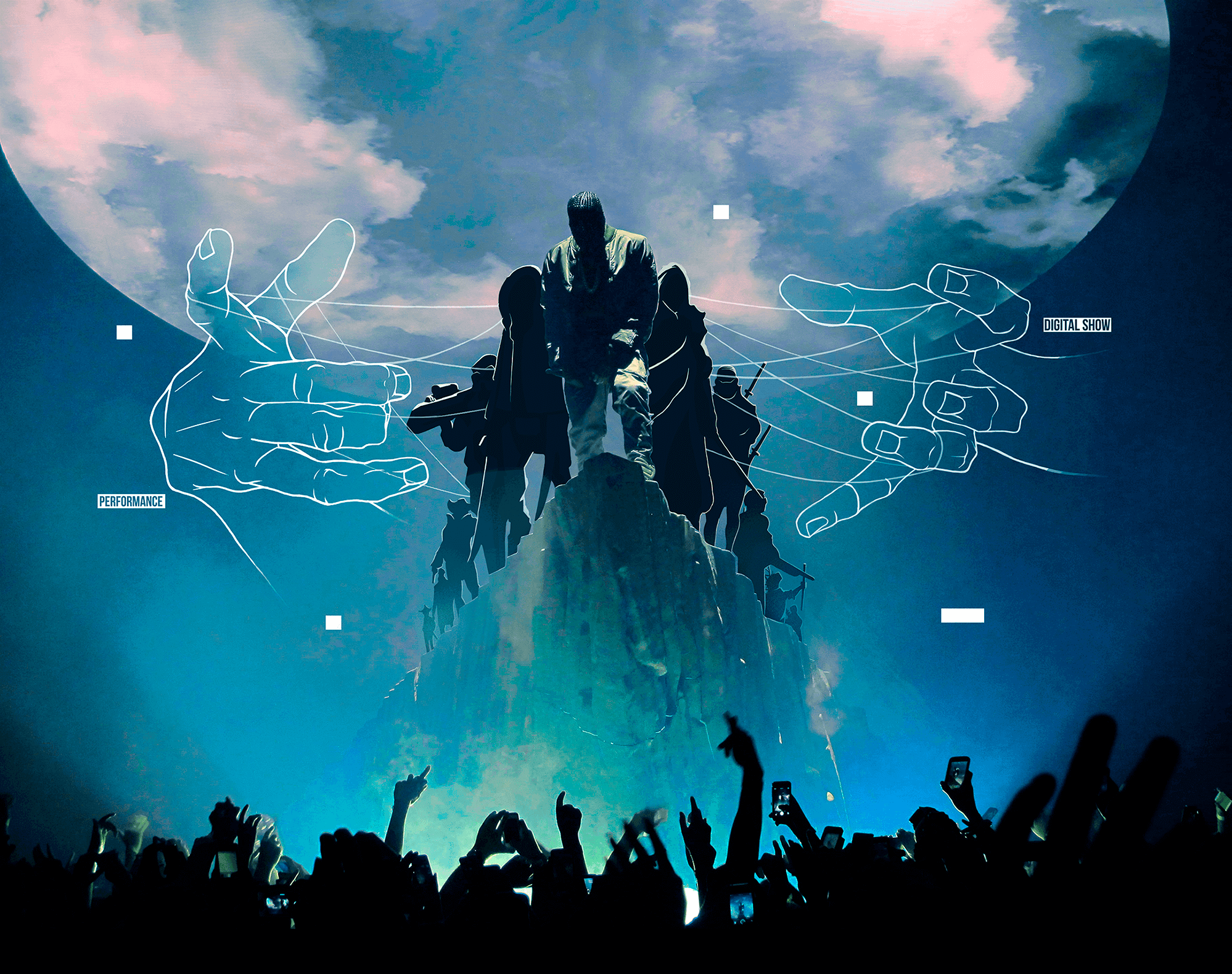 We are all used to listening to music. PLAYDteam
& Smokin Heroes we have been developing a novel
concept for a new form of musical performance.
After evaluating various musical artists, it is our
conclusion that Kanye West is the ideal candidate
for developing this new medium. He has a proven
track record for reinventing the music industry
and a reputation of bringing something new into
the art scene.

what if we could see it?

Kanye has the brand and name recognition to turn
it all upside down. Putting a spin on the ordinary
and familiar. He can leverage something mind
blowing and send it to astronomical heights
of popularity. This is why we would like to partner
with Kanye to create a performance album using
augmented reality.

Surround sound, traveling not only left and right,
but in general in the space of the headphones
and speakers, and concert halls.

To turn it upside down and put a spin on the ordinary
and familiar. A revolutionary experience that will blow
the audience's mind. Send it to the outer space. 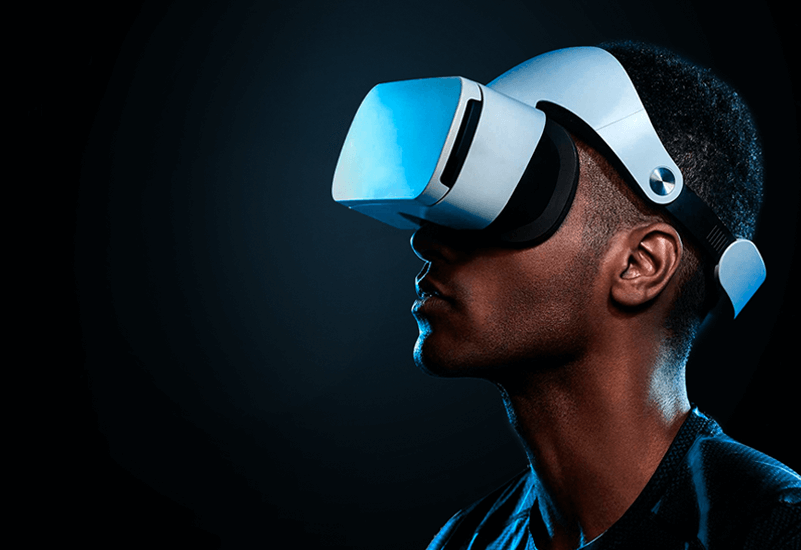 Unlike other multichannel surround formats,
its transmission channels do not carry speaker
signals. Instead, they contain a speaker-independent
representation of a sound field called B-format,
which is then decoded to the listener's speaker setup.

This extra step allows the producer to think in terms
of source directions rather than loudspeaker
positions, and offers the listener a considerable
degree of flexibility as to the layout and number
of speakers used for playback.

Besides creating a 360 degree
augmented reality visual experience, we will
leverage the latest and cutting edge audio
authoring technology - Ambisonics

It lets us record and reproduce audio
in a full-sphere 360 degree surround format.

In addition to the horizontal plane, Ambisonics
simulates sound sources above and below the listener.
It is an innovative approach to sound that expands
the boundaries of sound perception.

We can accent important sounds and move
them in any trajectory - producing
an extraordinary sensation. Concert goers
will be treated to stunning visuals even without wearing any glasses, but those that do - will
see a whole new dimension to the performance.

The concert can be broadcast through 360
degree video to online streaming platforms
and sold as a VR album in popular app stores. 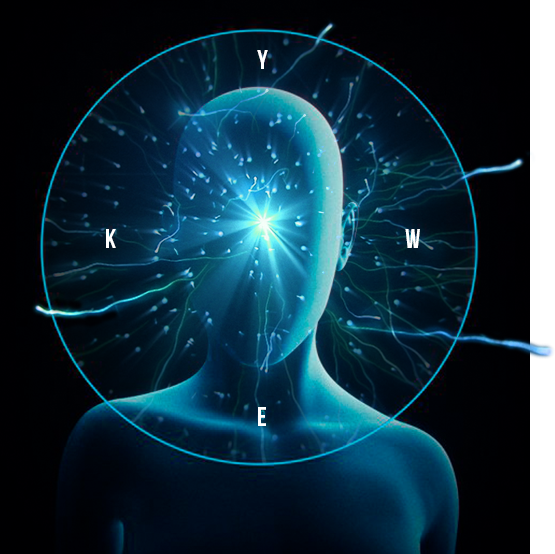 movement of the sound

Surround sound, traveling not only left and right,
but in general in the space of the headphones
and speakers,and concert halls. It is an absolutely
innovative approach to sound – multiple track audio
installation. New approach to the concert activity.

hololens or mobile of the mixed reality

Surround sound, traveling not only left and right,
but in general in the space of the headphones
and speakers, and concert halls.

That allows the user to share 60 second
clips of performance to social media.

Besides creating a 360 degree
augmented reality visual experience, we will
leverage the latest and cutting edge audio
authoring technology - Ambisonics

Future releases «Ghost in the Shell», «Assassins Creed»,
«Watch Dogs», themes of Ninjas, Japanese traditions,
culture, futuristic robots, uniqueness and authenticity –
we will leverage it all to capture the imagination
and make a tremendous impact on the hearts of fans.

Immersive music could be a start of a word music
performance trend. It can push the adaptation
of VR/AR to new levels and establish Kayne
as the key driver for an exciting and rapidly
growing trend.

This will also push fashion trends with styles
driven by Kanye’s collection. This is a multi-tier
marketing approach that will increase sales -
while reaching the largest possible audience
base.

We follow a rebellion against a militant dictator
that suppresses creativity and self expression.
Through the ruins of citadels, creeping through
metro cars, climbing the roofs of skyscrapers.

Ultimately this can
accelerate the adaptation
of the AR/VR market.

A new paradigm for
concert experience
and listener engagement.

A new paradigm for
concert experience
and listener engagement.

A show never seen before anywhere
in the world, which will reinvent
the notion of a legend.

Disclaimer: All images are taken from public access and don't violate copyright of their owner. Or created Shtyler & playd.team Ⓒ 2017
click if you ready
to work together
Others next case